“Do Unto Others as You Would Have Them Do Unto You”.

Enforcing the Code of Ethics

Enforcing the Code of Ethics

The single, most outstanding characteristic that sets REALTORS® apart from other real estate practitioners is the willingness to accept and abide by the Code of Ethics of the NATIONAL ASSOCIATION OF REALTORS®. The Code of Ethics, which was first adopted on July 29, 1913, is a living document–responsive in its content to changes in the law and industry. The Code has been revised several times through the years to reflect current developments in professional real estate practice. The term REALTOR® has come to represent competency, fairness, and high integrity. These qualities stem from voluntary adherence to an ideal of moral conduct in real estate business practices.

But even with the best of intention, planning and preparation, occasional disagreements arise between REALTORS® and/or between REALTORS® and their clients or customers. The Williamsburg Area Association of REALTORS® (WAAR) offers its members and their clients and customers a method to resolve complaints if they believe a REALTOR® may have acted in an unethical manner. An ethics hearing may be held and REALTORS® judged by their peers to determine if the code of ethics had been violated.

CODE OF ETHICS AND STANDARDS OF PRACTICE

Everything agents should know about fiduciary duties

Real estate agents should be familiar with these duties and make sure to adhere to them in order to avoid legal liability and to maintain the trust and confidence of their clients. Click the image below to read the full document 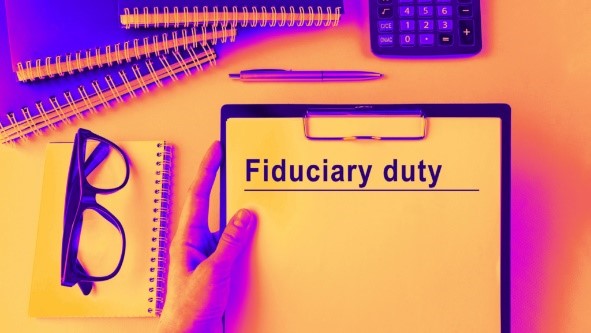 Please contact Cindy Homewood, cindy@waarealtor.com, if you have questions or need more information on filing an ethics complaint.

A key element in the practice of real estate is the contract. Experienced practitioners quickly become familiar with the elements of contract writing. Offer, counter-offer, contingency, waiver, acceptance, rejection, execution, breach, rescission, reformation, and other words of art become integral parts of the broker’s vocabulary.

Article three (3) mandates cooperation and together with everyday variables and circumstances many transactions produce several contracts which come into play. Contracts for things such as mortgages, appraisals, inspections, title insurance, etc., are now standard in a typical residential transaction and the same will be true in many commercial transactions as well. There are at least three (and often four) contracts involved and each, while established independently of the others, soon appears to be intertwined with the others.

Second, there is the contract between the listing broker and cooperating brokers. This may be created through an offer published through a multiple listing service or through some other method of formalized cooperative effort. The contract is formed only when accepted by the cooperating broker, and acceptance only occurs through performance, that is, through production of a purchaser pursuant to the terms and conditions previously established by the listing broker.

Fourth, there may be a buyer broker agreement in effect between the purchaser and a broker. Similar in many ways to the listing contract, this contract establishes the duties of the purchaser and the broker as well as the terms and conditions of the broker’s compensation.

A contract, once formed, may be breached. These and other questions of contract formation arise on a daily basis. There are several methods by which contractual questions (or “issues” or “disputes”) are resolved. These include civil lawsuits, arbitration, and mediation.

Associations of REALTORS® provide arbitration to resolve contractual issues and questions that arise between members, between members and their clients and, in some cases, between parties to a transaction brought about through the efforts of REALTORS®. Disputes arising out of any of the above-referenced contractual relationships may be arbitrated and the rules and procedures of Associations of REALTORS® require that certain types of disputes must be arbitrated if either party so requests.  While issues between REALTORS® and their clients, e.g. listing broker/seller (or landlord) or buyer broker/buyer (or tenant), are subject to mandatory arbitration (at the client’s request), and issues between sellers and buyers may be arbitrated at their mutual agreement. The majority of arbitration hearings conducted by Associations involve questions of contracts between REALTORS®, most frequently between listing and cooperating brokers. These generally involve questions of procuring cause where the panel is called on to determine which of the contesting parties is entitled to the funds in dispute. While awards are generally for the full amount in question (which may be required by state law), in exceptional cases, awards may be split between the parties (again, except where prohibited by state law). Split awards are the exception rather than the rule and should be utilized only when hearing panels determine that the transaction would have resulted only through the combined efforts of both parties. It should also be considered that questions of representation and entitlement to compensation are separate issues.

In the mid-1970’s, the NATIONAL ASSOCIATION OF REALTORS® established the ARBITRATION GUIDELINES to assist Associations in reaching fair and equitable decisions in arbitration to prevent the establishment of any one, single rule or standard by which arbitrable issues would be decided and to ensure that arbitrable questions would be decided by knowledgeable panels taking into careful consideration all relevant facts and circumstances.

The ARBITRATION GUIDELINES have served the industry well for nearly two decades. If you find it necessary to file for Arbitration with the Williamsburg Area Association of REALTORS® please use the required forms below.

Please contact Cindy Homewood, cindy@waarealtor.com, if you have questions or need more information on filing an ethics complaint

The Ombudsman Program for the Williamsburg Area Association of REALTORS® (WAAR) provides a highly confidential way for WAAR members, and clients and customers of REALTOR® members, to seek answers to general real estate related questions and to express concerns about an interaction with a REALTOR®. The Ombudsman Program provides a neutral and informal setting to address a wide range of concerns with a variety of tools and approaches. It provides a non-escalating, off-the-record resource to work with you and give you timely answers to your questions and to explore other options, available to you to help resolve matters without resorting to a lengthy hearing process.   If this sounds like it could work for your conflict please contact the executive office of the Williamsburg Area Association of REALTORS®, at 757-253-0028 or info@waarealtor.com.

The ombudsman’s role is primarily one of communication and conciliation, not adjudication. Ombudsmen do not determine whether ethics violations have occurred,  or render an opinion on whether someone’s claim has merit or speculate on the chances of success of the ethics or arbitration claim, rather they anticipate, identify, and resolve misunderstandings and disagreements before matters ripen into disputes and possible charges of unethical conduct.

Ombudsmen can field and respond to a wide variety of inquiries and complaints, including general questions about real estate practice, transaction details, ethical practice, and enforcement issues. Ombudsmen can also receive and respond to questions and complaints about members; can contact members to inform them that a client or customer has raised a question or issue; and can contact members to obtain information necessary to provide an informed response. In cases where an ombudsman believes that a failure of communication is the basis for a question or complaint, the ombudsman can arrange a meeting of the parties and facilitate a mutually acceptable resolution. Resolution of complaints If a matter complained of is resolved to the mutual satisfaction of all parties through the efforts of an ombudsman, the formal ethics complaint brought initially (if any) will be dismissed. Failure to comply with agreed upon resolution Failure or refusal of a member to comply with the terms of a mutually agreed on resolution shall entitle the complaining party to resubmit the original complaint or, where a formal complaint in the appropriate form had not been filed, to file an ethics complaint. The time the matter was originally brought to the board or association’s attention will be considered the filing date for purposes of determining whether an ethics complaint is timely filed. Referrals to the Grievance Committee or to state regulatory bodies Ombudsmen cannot refer concerns they have regarding the conduct of any party utilizing their services to the Grievance Committee, to the state real estate licensing authority, or to any other regulatory body. The prohibition is intended to ensure impartiality and avoid the possible appearance of bias. Ombudsmen are, however, authorized to refer concerns that the public trust may have been violated to the Grievance Committee.

Boards are required to offer mediation as a preliminary, voluntary alternative to arbitration. The Williamsburg Area Association of REALTORS® provides mediation services to its members to assist in the resolution of disputes.

Although no party to an arbitrable matter can be required to submit to mediation and mediation cannot and is not intended to be a substitute for the arbitration procedures, mediation can be a useful tool in resolving conflicts that occur in the real estate transaction.  Mediation can resolve disputes, promote amicable resolutions and reduce the number of cases requiring a more formal and complex arbitration hearing.

It must be understood by all parties that participation in mediation procedures is entirely voluntary. The parties are offered the opportunity and encouraged to participate in the mediation process in good faith and encouraged to abide by the resolution. The parties to mediation should be aware that they may withdraw from the process at any point prior to reaching an agreement. If either of the parties rejects the proposed resolution, the mediation procedure will be deemed concluded and the matter will proceed to arbitration. However, if the parties agree to a settlement of the dispute and the settlement has been reduced to writing and has been signed by all parties, the matter is deemed resolved and cannot be the subject of a subsequent arbitration hearing.

How do I know whether to file an ethics complaint or request arbitration?

An ethics complaint charges that a REALTOR® has violated an Article(s) of the Code of Ethics. An arbitration request involves a dispute that arises out of a real estate transaction and a disagreement between the parties as to entitlement to a sum of money. There are mandatory and voluntary arbitration guidelines.

Where do I file the ethics complaint?

Ethics complaints are filed where the respondent holds membership. The Williamsburg Area Association of REALTORS® can only process complaints filed against members of our Association, whether they are filed by another REALTOR® or by a client/customer of a REALTOR®. If you are uncertain about where the REALTOR® holds membership give us a call and we can assist, 757-253-0028.

Is there a statute of limitations for filing ethics complaints?

Do I name the Article or Standard of Practice in my complaint?

Only Articles 1 through 17 may be the basis of a complaint, it is not necessary to name a specific standard of practice. Additionally, the Preamble is aspirational and may not be used as a basis for charges of unethical conduct.

What happens if someone is found in violation of an Article of the Code of Ethics?

Disciplinary action may consist of one or more of the following:

How long does the professional standards process take?

The Grievance Committee will review complaints no later than 45 days after receipt of the complaint. If a complaint is forwarded to a Professional Standards Hearing Panel, the administrator shall notify the respondent that they may file a written reply within 15 days.  Additionally, the administrator shall notify the Professional Standards Committee chair and select a hearing date within 5 days.  Minimally, a 21 day notice will be given to the complainant and respondent of the date, place and panel members for the hearing.  Each case is different, but generally speaking the entire process can take 2-4 months.